The exhibition DAS WEISSE RAUSCHEN is a detailed artistic documentation of winter sports of the early decades from the 20th century in the entire Alpine area.

The starting point for DAS WEISSE RAUSCHEN project are snapshots of a wide variety of feature films, paintings, photographs of mountain scenes and snow sport representations of the 20s and 30s of the last century that have been made in the Alps. The two world wars shocked the continent of Europe in the first half of the last century. In between lie stories, film and visual materials from the early days of skiing in the Alps. Prime examples of such films are „Ski Heil“ or „DER WEIS- SE RAUSCH“, with Leni Riefenstahl, who subsequently cooperated with the Nazis, and Hannes Schneider, who fled from them, in the leading roles. From what point on become athletes, artists, actors and other professionals co-perpetrators through their actions and how connect personal success and collective social influences to each other? This temporal interplay of conflicts and alpine snow sports‘ development was the fuel for Tom Vau‘s art project DAS WEISSE RAUSCHEN .

All in all more than 80 artworks, mainly painted and drawn in illustration form were created. There will also be an exciting form of photographic photocopies of these painted images, which are integrated into a holistic process. The above films are translated into Morse code, and so partici- pate in sound installations and forms of communication. To symbolically transfer our history into the present in order to change it, to question and to reposition is a key feature of this project .

Small to large-sized artworks are part of the collection. The backbone of the exhibition are works in black color on a light background, some further editions in real gold will be produced too. 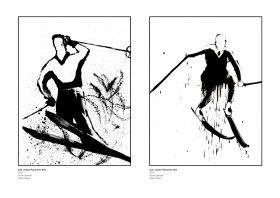 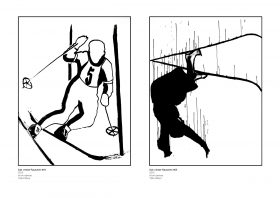 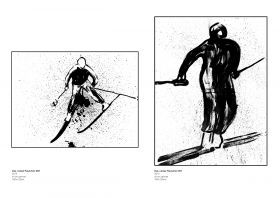 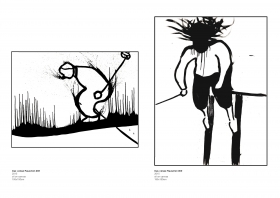 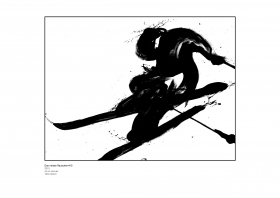 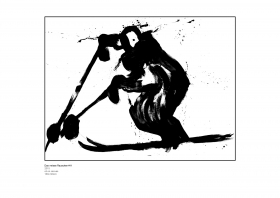 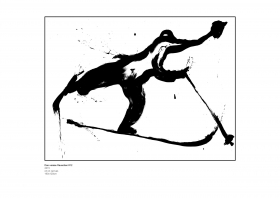 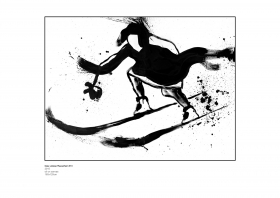 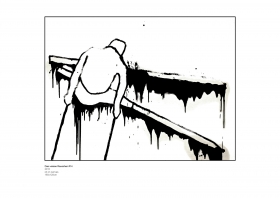 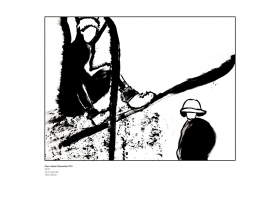 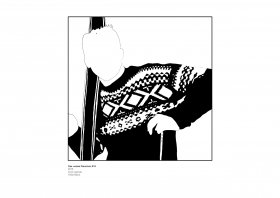 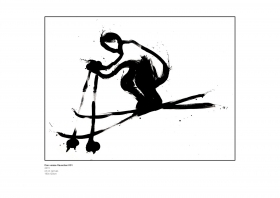 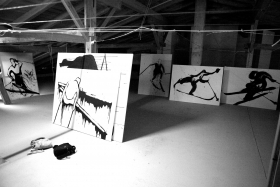 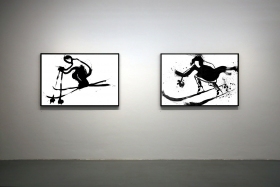 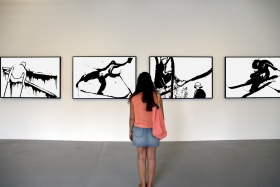