Clubs 180 degrees is a project that fundamentally questions societal, worldly, social and spatial patterns and conditions. For the visualization of this question, deserted subway stations, passageways, connecting passages, underpasses, bridges and the like in Germany were photographed and torn out of their context by a 180 degree rotation and converted into new spaces and views. From seemin–gly banal and everyday sections of space, a new form of geometric and architec–tural spatial illusion is created. What happens when this illusion becomes reality? Passages become spaces in which, for example, one could dance to techno mu–sic, an underground club, a party event. The total re-functioning of such spaces through simple 180 degree rotations of the images shows how constituted our world is at the moment, how fundamentally different a „totally different view“ of many areas of life could be and that nothing lasts in the long run.
For more detailed informations about the project please go to “portfolio”. 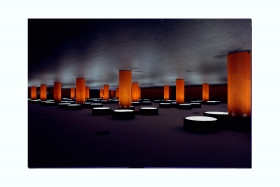 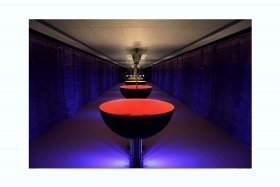 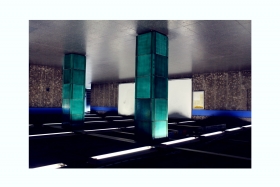 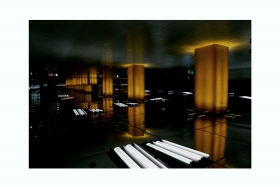 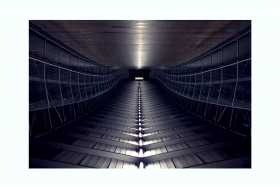 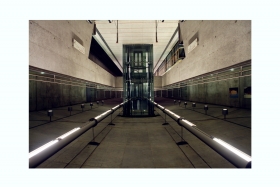 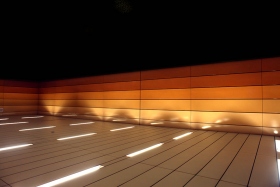 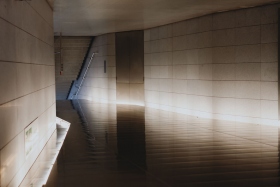 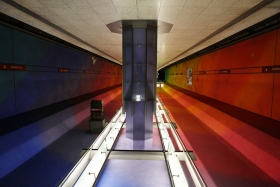 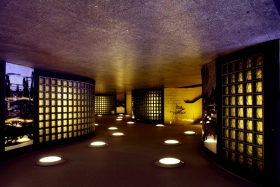 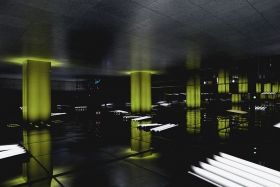 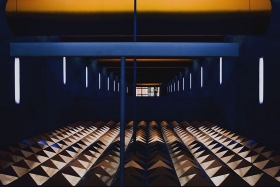 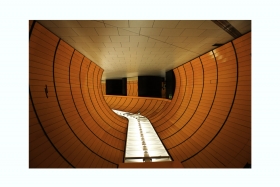