The Nobel Peace Prize Project is the first project of the European Office for the personification of the EU for man, woman and child (EOP EU MWC).

The European Union won the Nobel Peace Prize 2012  for European merits of peace. Who is it? José Manuel Durão Barroso, Herman Van Rompuy or Martin Schulz? (Some) European Members of the EU Parliament? the NATO? the European citizens? Even all individuals, murderers and sex criminals?

On September 28th and 29th the municipality of Thomatal, Tweng and Weisspriach in Lungau/Salzburg will be visited. Thomatal got the highest votes in the last parliamentary elections in Salzburg for the FPÖ and BZÖ (52.3%) and thus had nationwide one of the highest percentages of the right-wing parties. In that case Thomatal has a clear skepticism to the European Union.

The intervention of The Nobel Peace Prize Project involves the process of transmission, presentation, display and recording of the NOBEL PEACE PRIZE 2012 to the residents of the European Union. To explore the tensions between Representative, societies/communities and the individuals is of great importance .

The Nobel Peace Price 2012 is a certification that is written in Norwegian and German. In this certification every person gets the the Nobel Peace Prize 2012 and the sum of € 0.00177577838 (€ 900 000 / 506.83 mio. people in the EU). Representatives of the Nobel Institute and the EOP EU MWC accompanied by the press drive through the European Union to hand out the Nobel Peace Prize. The Norwegian speaking persons from the Nobel Institute will congratulate each persons in Norwegian and representatives of the European Office for the personification of the EU for man, woman and child (EOP EU MWC) will translate into German. Afterwards will be a a common press photo and the character of an official prize ceremony will be presented. Professional appearance, representation, rhetoric and dress code of the representatives in front of the winners are of great importance.

How will the individual winners react to the price? Will the municipality give a official response? How will the media report about it? What does the EU mean to the people and what kind of discussions / area of conflicts come up between the Representatives of the European Union, the Nobel Institute and the residents? 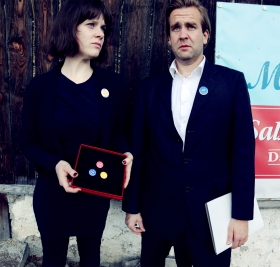 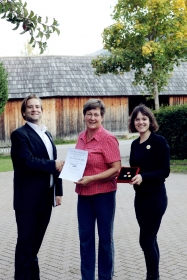 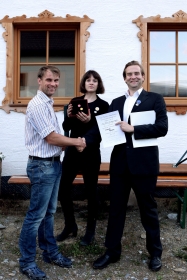 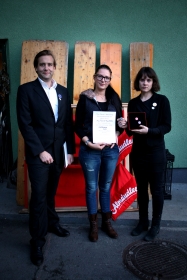 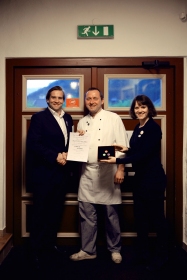 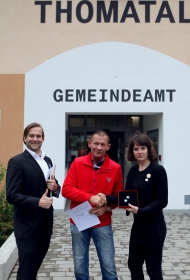 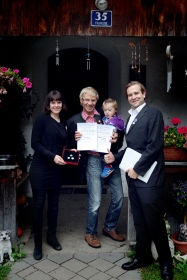 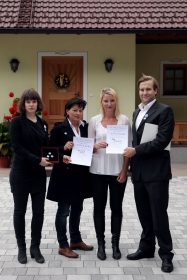 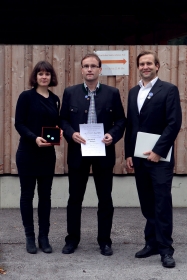 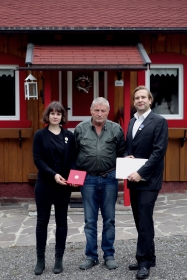 More informations about the project at  www.eap-eu-mfk.eu